#DidYouKnow that the world’s longest piece of music is LIVE and will end in the year 2640?

We’ve brought you several musical world records from the smallest to the largest guitars as well as the fastest Flight of the Bumble Bee and the fact that we can find and verify these records is down to an argument between Sir Hugh Beaver and his fellow hunting mates in North Slob, County Wexford, Ireland. What was the argument about you ask? Which bird was the fastest game bird in Europe, of course.

Given the lack of reference material with which it answer his question (the answer to which was the plover) he decided that a single reference book in which the fastest, highest, strongest, etc., was listed was required. He got together with Norris and Ross McWhirter to create the first ever compilation of record, well, everything they could get their hands on. So it was that the first 1000 copies of the Guinness Book of Records were printed in 1954. The book was hugely successful, and thus the legacy that is the Guinness Book of World Records was born and has continued to be reprinted every year, ever since. 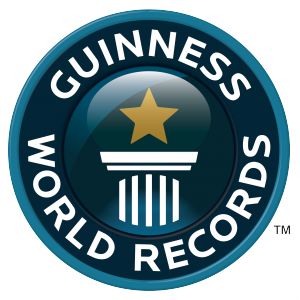 Guinness World Record Day was established to give people a day to focus on challenging existing records or putting forth a new record to be put into the books. That latter is for the truly ambitious, but it’s entirely possible! So whether you try to play an even faster Flight of the Bumble Bee or start working on the smallest, or largest, instrument, we encourage you to raise a glass to all those who have created or held a musical record.