Today we’re paying our first birthday tribute of 2018 and we’ve selected someone rather special; Erika Morini.

Morini was a Jewish Austrian violinist born in Vienna on this day in 1904. She was fortunate to be born into a musical family and was initially tutored by her father, Osjer Moritz, who owned a music school. Her siblings, all of whom – like her – adopted their mother’s name were all artistically talented; Alice, pianist; Stella, violinist; Haydee, dancer; Frank, art dealer; Albert, impresario concert manager.

When Morini made her début aged just 12 years old with the Leipzig Gewandhaus and the Berlin Philharmonic orchestra the critics made no allowance for her youth, but instead spoke of her work as the equal of that of the most famous of the current younger generation of violinists. Her American début came a little later at the grand old age of seventeen in New York (January 26, 1921). It was one of the musical sensations of the year, and she subsequently frequently performed in the United States, both in recital and with many of the more famous orchestras. She made her first visit to London in 1923.

Shortly after her New York début, she was presented with the Guadagnini violin which had been previously owned by the celebrated American Violinist Maud Powell. In March 1921, Morini made her first recordings for the Victor Talking Machine Company in Camden, New Jersey, accompanied on the piano by her sister, Alice. She moved to New York after 1938, and began spelling her first name Erica. On the boat ride from Europe to New York, Erica and her cousin Louis played violin and clarinet together for the first class passengers, and were allowed to stay in first class on account of their popularity.

Along with the Guadagnini violin, Morini also played the “Davidov” Stradivarius 1727 violin, named for the Russian cellist Karl Davydov, that her father had purchased it for her in Paris in 1924 for $10,000. This violin, along with paintings, letters, and her scores (complete with fingerings and other valuable notes) were stolen from her New York City apartment shortly before her death in October 1995, at the age of 91. She had been hospitalised with heart disease and was never told of the theft. The crime remains unsolved to this day.

Morini is believed to be the last surviving recording artist who made acoustic Red Seal Records for the Victor Talking Machine Company. Four months after her death, Erica Morini was described in the journal The Strad as the “most bewitching woman violinist of this century.”

Unlike many musicians who continue to play until their deaths, when Morini retired in 1976 she reportedly never played the violin again. 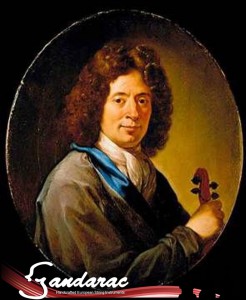 Arcangelo Corelli, born this day in 1653, was an Italian violinist and composer of the Baroque era.  The reason for Corelli’s importance is that his music was key in the development of the modern genres of the sonata and the concerto, in establishing the pre-eminence of the violin, and as the first coalescing of modern tonality and functional harmony. 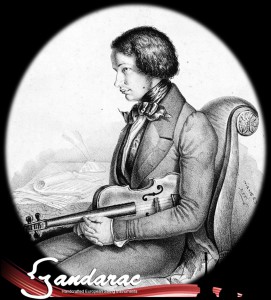 Our second violinist is Henri François Joseph Vieuxtemps, born this day in 1820, who was a Belgian composer and violinist.   He is important as he was a prominent exponent of the Franco-Belgian violin school during the mid-19th century. He is also renown for playing one of the violins of legend; now known as the Vieuxtemps Guarneri del Gesù.  The violin, built in 1741, is generally regarded as one of the finest examples of the Giuseppe Guarneri’s craftsmanship and is remarkable  in many ways, not least of which is that it is considered to be without defect despite its continued use over many years.

Born in Brussels, Fiocco was a composer and violinist of the late Baroque period. His father was the Italian composer Pietro Antonio Fiocco, and one of his older brothers gave him the majority of his music education (he had no fewer than 15 siblings!, including the composer and choirmaster Jean-Joseph). He also learned Greek and Latin well enough to be able to become a schoolteacher in both those subjects.

At the cathedral of Antwerp (1732–37) he was in charge of the music. In 1737 he returned to his birthplace and worked in the cathedral of that city. He died in Brussels when only 38 years old.

In connection with his cathedral employment, Fiocco wrote many choral works, including motets and Mass settings. Some of his most significant compositions are Lamentations Du Jeudi Saint, a Missa solemnis and Pièces de Clavecin. His two suites for harpsichord were dedicated to the Duke of Arenberg, and they incorporate French and Italian styles. The first suite begins in the style of Couperin and ends with four Italian-style movements: Adagio, Allegro, Andante, and Vivace. He is also known to Suzuki violin students for his Allegro, which is part of the Book Six Suzuki violin repertoire (and has been recorded by Itzhak Perlman, among other great modern players). This piece has also been arranged for string quartet, and is sometimes heard at weddings. 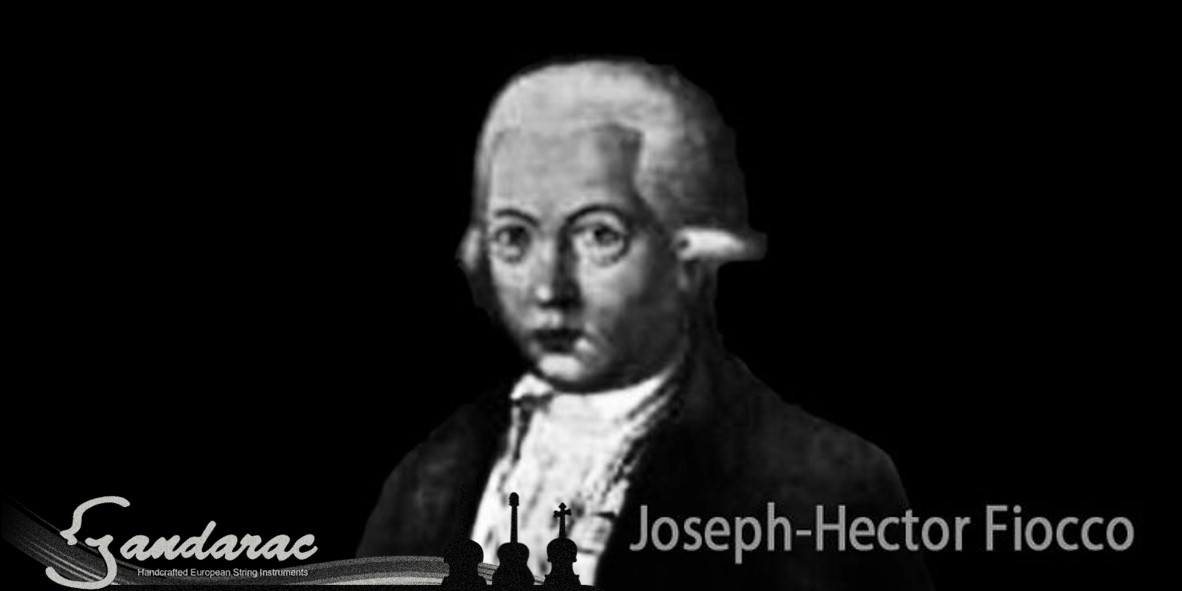