As part of the ‘Have Your Say’ post feedback from earlier in the year (and, by the way, it’s not too late for you to comment) you asked for more information on woods.

Today’s #ThrowbackThursday post features the Madagascan Rosewood that was traditionally seasoned by our friends at Sanchis Lopez for over 50 years before being lovingly shaped into a classical guitar by 3rd Generation master craftsman Ricardo Sanchis Lopez.  We are honoured to have this guitar in our showroom as part of our Connoisseur Collection.

Rosewoods are used in classical guitars due to the deep tones that are produced from its close grains and its smooth nature as well as its rich colour and attractive figuring; which varies from Brazilian, through Indian, to Madagascan.

However, with CITES certification, deforestation, and rising prices a number of other species are also being sold as rosewood. These include Bolivian Rosewood, Machaerium scleroxylon, New Guinea rosewood, Pterocarpus indicus, and we’ve even seen Australian rose mahogany (Dysoxylum fraserianum) referred to as Australian rosewood :-O

Of course how the guitar sounds isn’t just down to the selection of the wood but also the skill of the luthier in bringing out the best from that wood.  The even, close-grained, nature of the Madagascan rosewood allowed Ricardo Sanchis Lopez to make the back and sides of his guitar very thin (it is very light for a rosewood guitar; you can compare weights in our showroom and see what we mean) which means it has incredible resonance and sustain as well as delivering in both the treble and bass notes equally.  Add to the amazing sound the stunning iridescent purple streaked back and sides and you have an instrument that looks as good as it sounds.  The only thing that has surprised us about this instrument is that we still have it in stock.

You’ll have to trust us when we say this picture does not do this guitar justice and it really does have to be seen, and heard, to be believed! 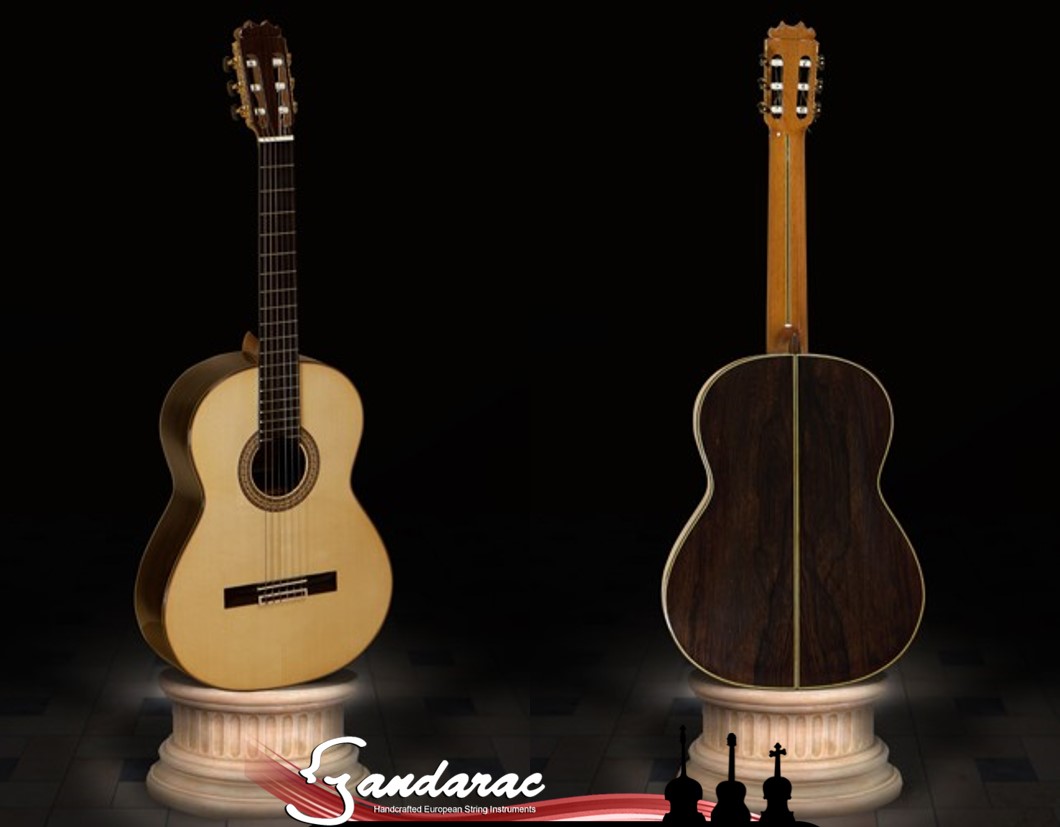 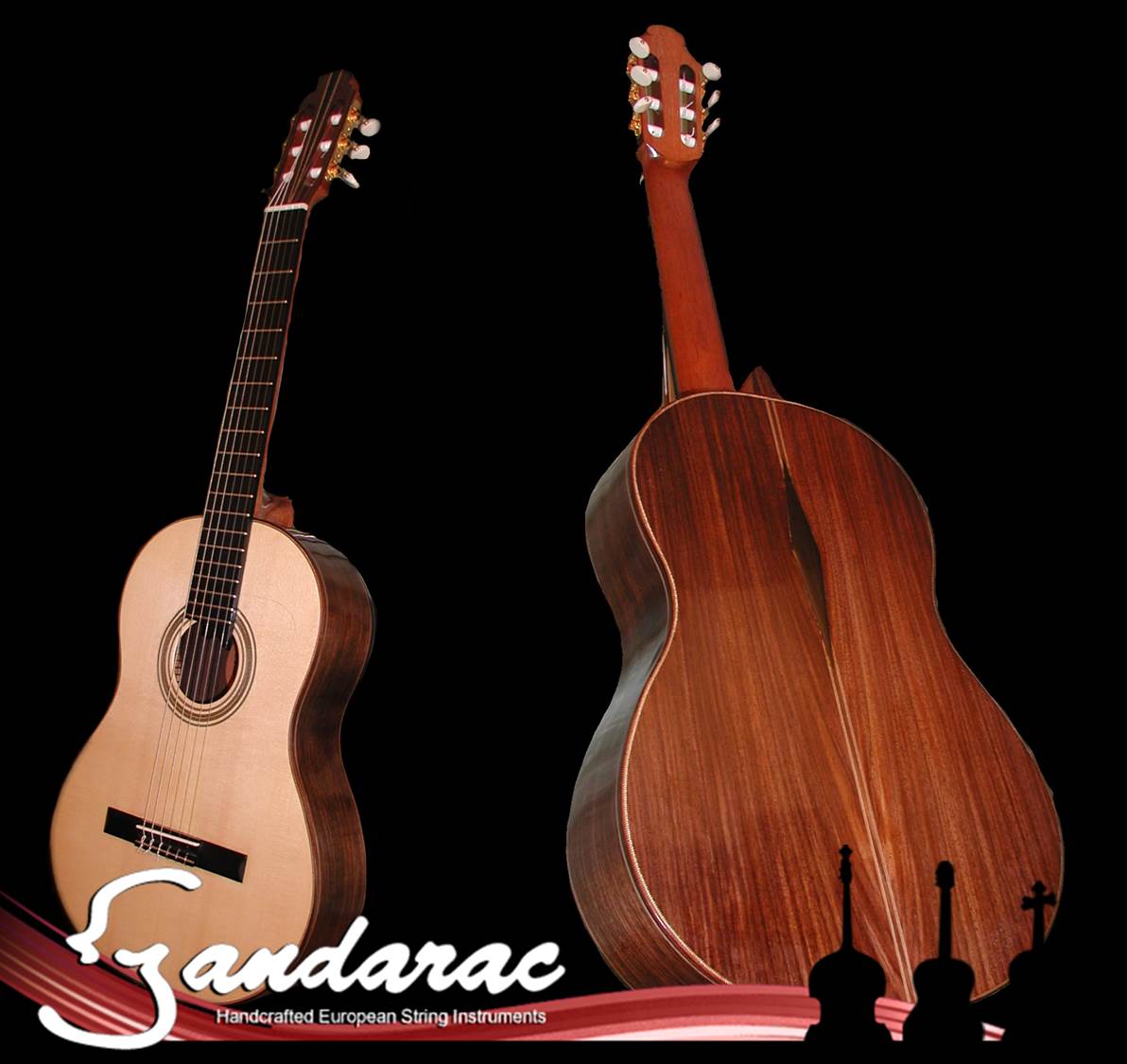 Although originally interested in one of our high end classical guitars in our We Pay the VAT offer, the gentleman asked if he could play anything else. Naturally, we said yes.  An hour or so later he’d fallen in love with a Flamenco Negra and left a very happy man indeed...

For those who haven’t visited us yet, the showroom is a discrete area at The Old Dairy. So when we have musicians wanting to try out instruments we supply tea, coffee, biscuits, and then close the door leaving them free to play any of our instruments to their heart’s content.

The only danger is that, if you’re not disciplined about what you chose to play, you may find you leave with something other than what you came for…

Please note that we have one Negra left, two Sanchis Lopez Cyprus ones, and a Connoisseur Collection feather-light Flamenco made by the Spanish master luthier Ricardo Sanchis Carpio.  Check them out here.

We are delighted to have both of these wonderful instruments back in stock thanks to last week’s trip to the Dupont workshop. 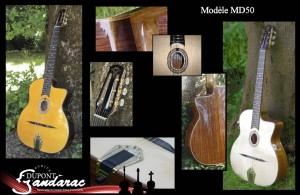 With rich deep Indian Rosewood back and sides and a French Spruce top these instruments are amongst the most popular of the Dupont Selmer and Maccaferri type gypsy guitars. Click here to view the MD50 and MDC50

We have a VERY special treat for you.  Thanks to the favourable forex we are now selling these two iconic gypsy guitars for only £2495.  That’s less than £200 more than the entry level MD100 :-O

And we haven’t forgotten all you Southpaws out there either.  If you order whilst the forex is still favourable we’ll guarantee you the same great price on a custom-made Gaucher just for you.  But, you’ll need to contact us soon as we’re sure the Euro won’t stay this low for long.

For the rest of you, we know we have a range of gypsy guitars but this amazing price applies only to the two “50” instruments we have in stock and, at these prices, we don’t expect them stay there for very long.  Please note that because forex fluctuates we cannot guarantee this price will apply to any subsequent instruments.