Yesterday we referenced an ancient instrument, the bandora, because of its unusual fretting and thought we’d make it the subject of today’s #ThrowbackThursday post.

The Bandora, sometimes known as the Bandore, is a large long-necked plucked string-instrument. It can be regarded as a bass cittern; though it does not have the re-entrant tuning typical of one.

The bandora was probably first built by John Rose in England around 1560 together with a smaller version called an orpharion. You may not have heard of this but it remained popular for over a century. In fact the he bandora was frequently one of the two bass instruments in a broken consort as associated with the works of Thomas Morley. Additionally, Anthony Holborne wrote many pieces for solo bandora. 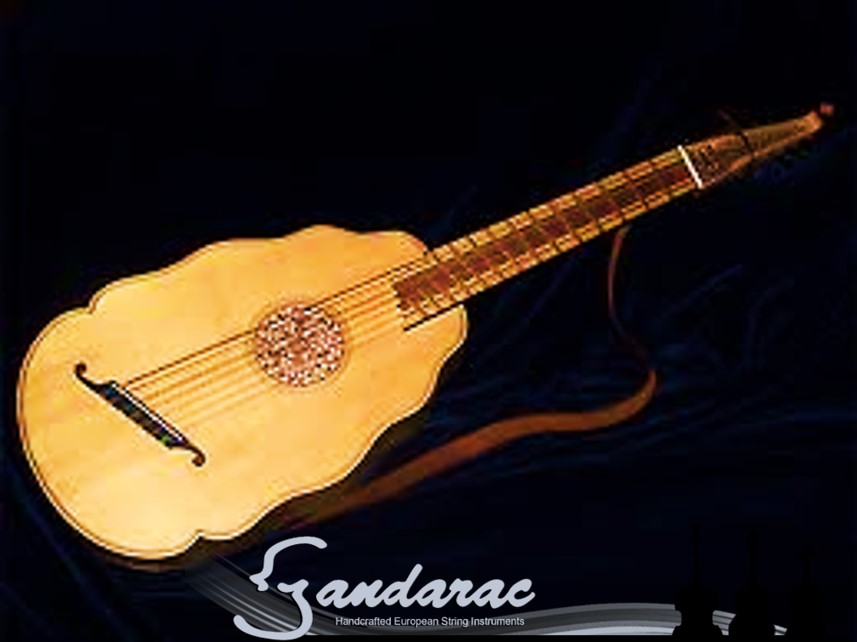 With apologies for the poor picture you should, however, be able to make out the sloping frets.

As you all know by now we love unusual instruments and have previously featured Alan Miller’s left-handed fan fret guitar.

It seems we’re not the only ones to like quirky guitars as Mark Chadwick, of The Levellers, recently took possession of an Alan Miller 12 string fan fret. 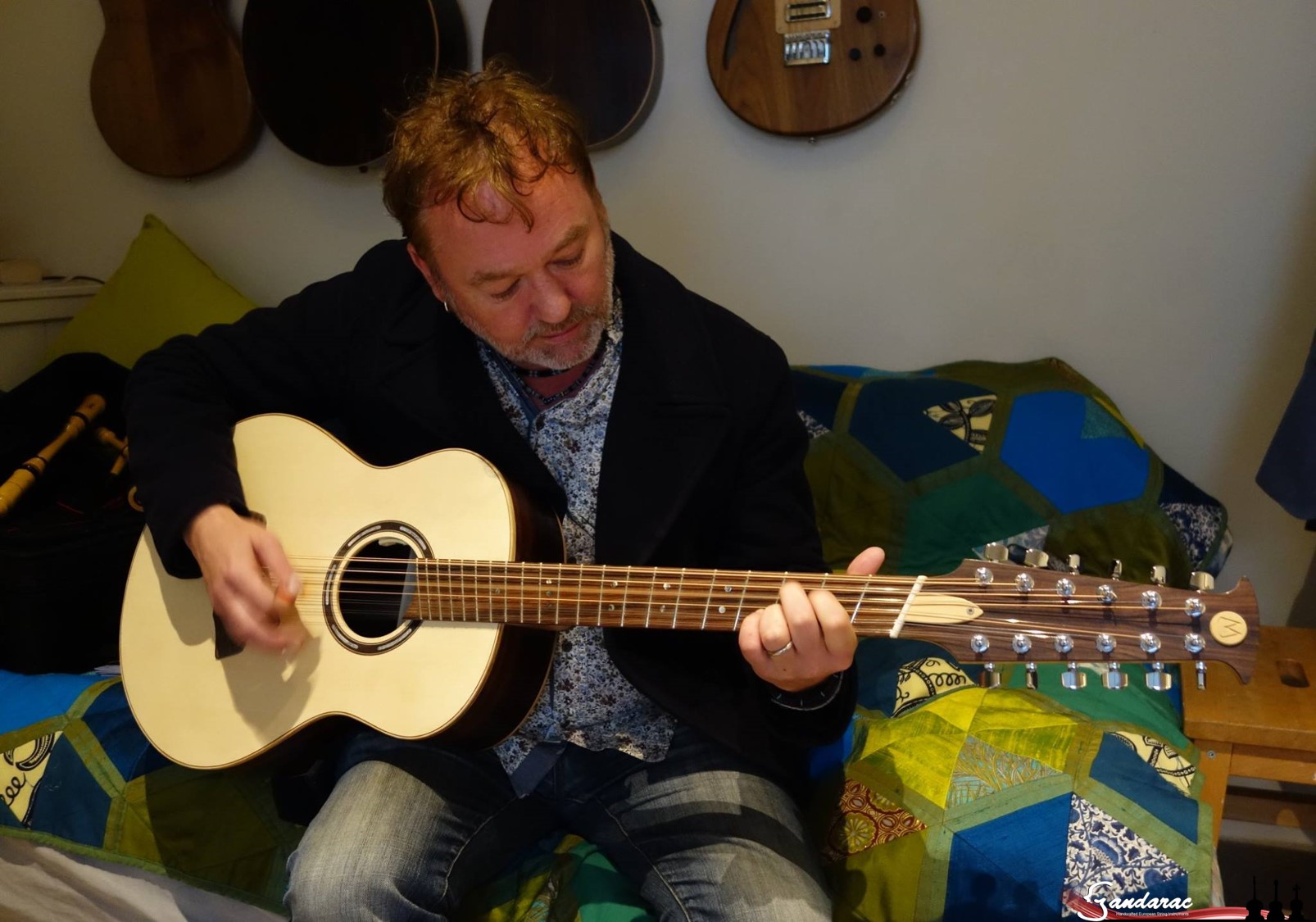 As promised The Old Dairy is open by appointment between Christmas and the New Year (Tues 27th – Thurs 29th).

Given the timing of the appointments we’ve decided to keep The Old Dairy open in between so why not take the opportunity to pop in and see us? 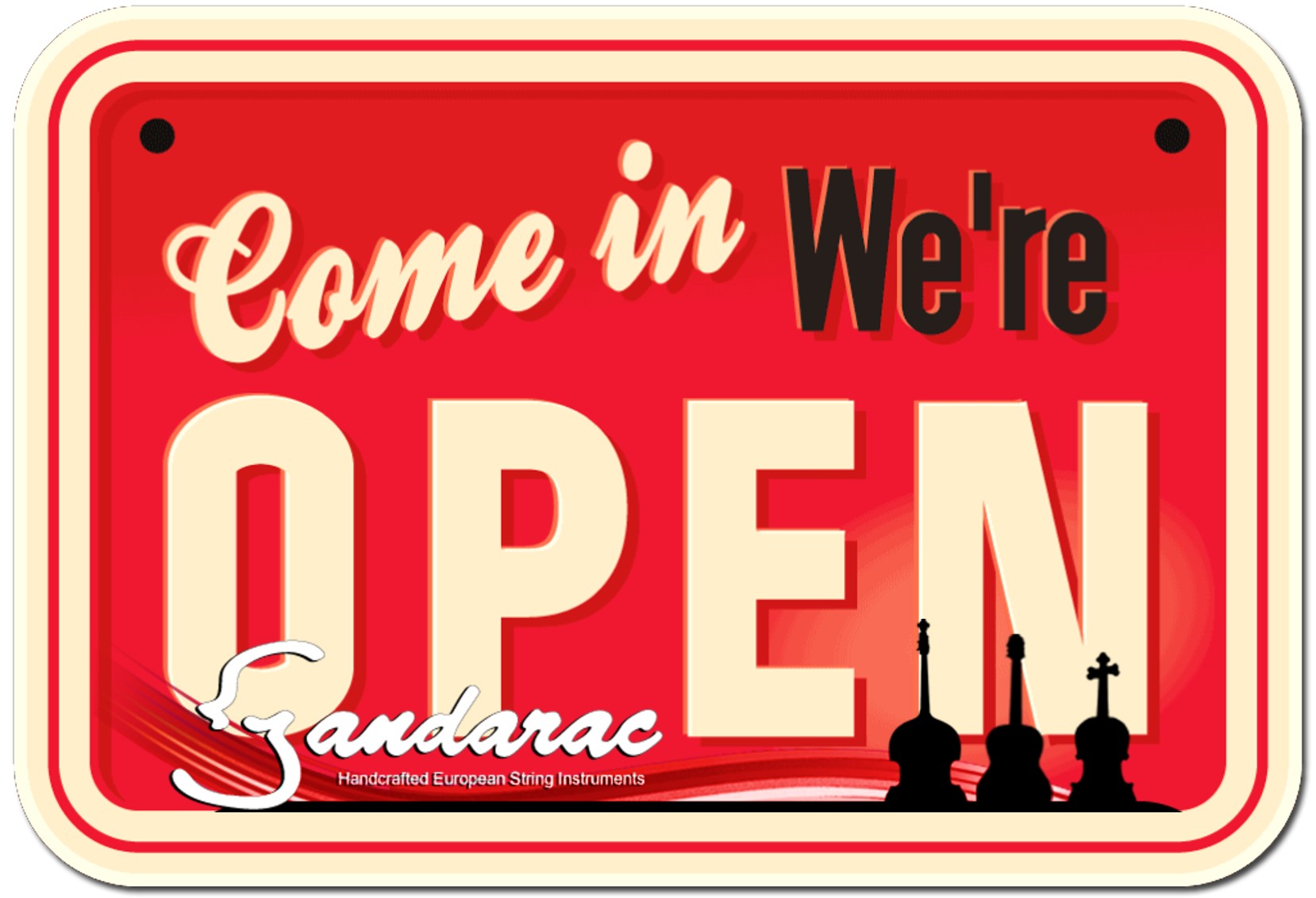