The cruit, called crwth by the Welsh and crowde by the English, was small harp that was plucked with the fingers; although later it was played with a bow,. The instrument was mentioned by an Irish poet writing around 400BC.

The cruit was an oblong-shaped instrument with a neck and fingerboard, having six strings, four of which were placed on the fingerboard and two outside it; the two open strings representing treble G, with its lower octave.

It was generally played as a small harp, resting on the knee, or sometimes placed on a table in front of the musician as with a zither.

The picture is of a modern reproduction of the instrument 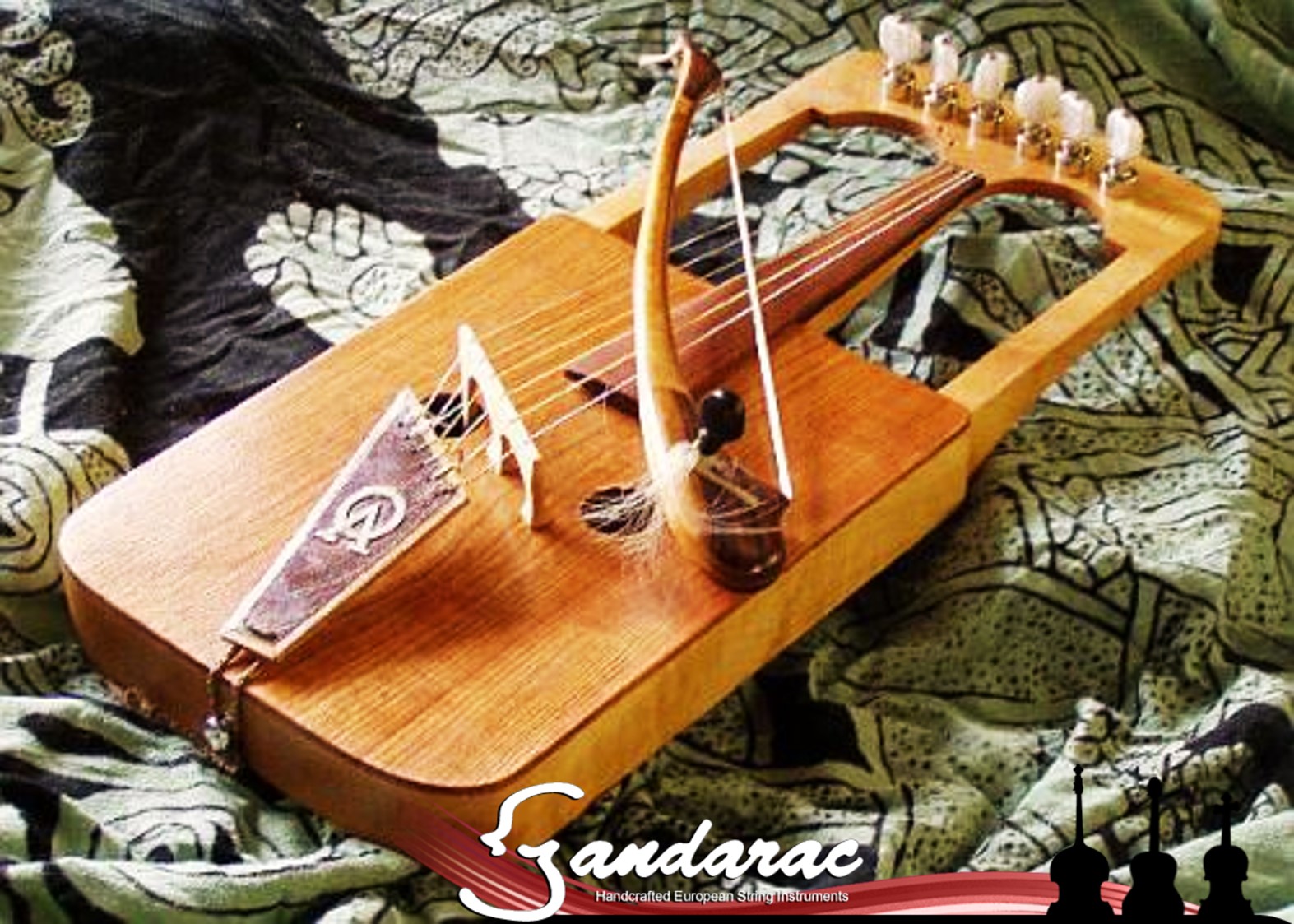 Our recent #ThrowbackThursday posts have focussed on ancient guitars but today we’re taking a look at the violin.

It is widely accepted that the violin first emerged in northern Italy in the early 16th century.  There’s substantial documentary evidence that in the decade between 1485-95 Brescia was the home of a school of string players and makers.  Everyone listed at the school was honoured with the title “maestro” and all the stringed instruments of the period were covered: viola da gamba (viols), violone, lyra, lyrone, violetta and viola da brazzo. 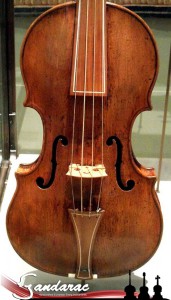 Sadly, none of their very early instrument are known to have survived.  However, we know of them not only through the documentation but through contemporary paintings.  From these we can see that the instruments were three-stringed violetta types.  Because of this, can be argued that the first real violin was built by Andrea Amati, one of the famous Cremonese luthiers, in the first half of the 16th century; by order of the Medici family.

The oldest surviving violin, based on the date inside, is the Andrea Amati “Charles IX”, made in Cremona in 1564, but sadly there is some doubt over the accuracy of said label.  The Metropolitan Museum of Art has an Amati violin that may be even older, possibly dating to 1558 but again this date is sadly very doubtful.   The picture is of the allegedly oldest violin, currently on show at the Metropolitan.

Today’s #ThrowbackThursday instrument is the Theorbo.

The theorbo is a plucked string instrument of the lute family, with an extended neck and a second pegbox, related to the liuto attiorbato, the French théorbe des pièces, the archlute, the German baroque lute, and the angélique or angelica.

It was developed during the late sixteenth century in Italy and was inspired by the demand for extended bass range instruments for use in opera (Monteverdi listed two for L’Orfeo, for example).

As with many ancient instruments the number of strings and the tuning varied somewhat ranging from 14 to 19 courses with both single and double stringing used.  Modern recreations of the Theorbo usually has 14 strings with G as the lowest note. 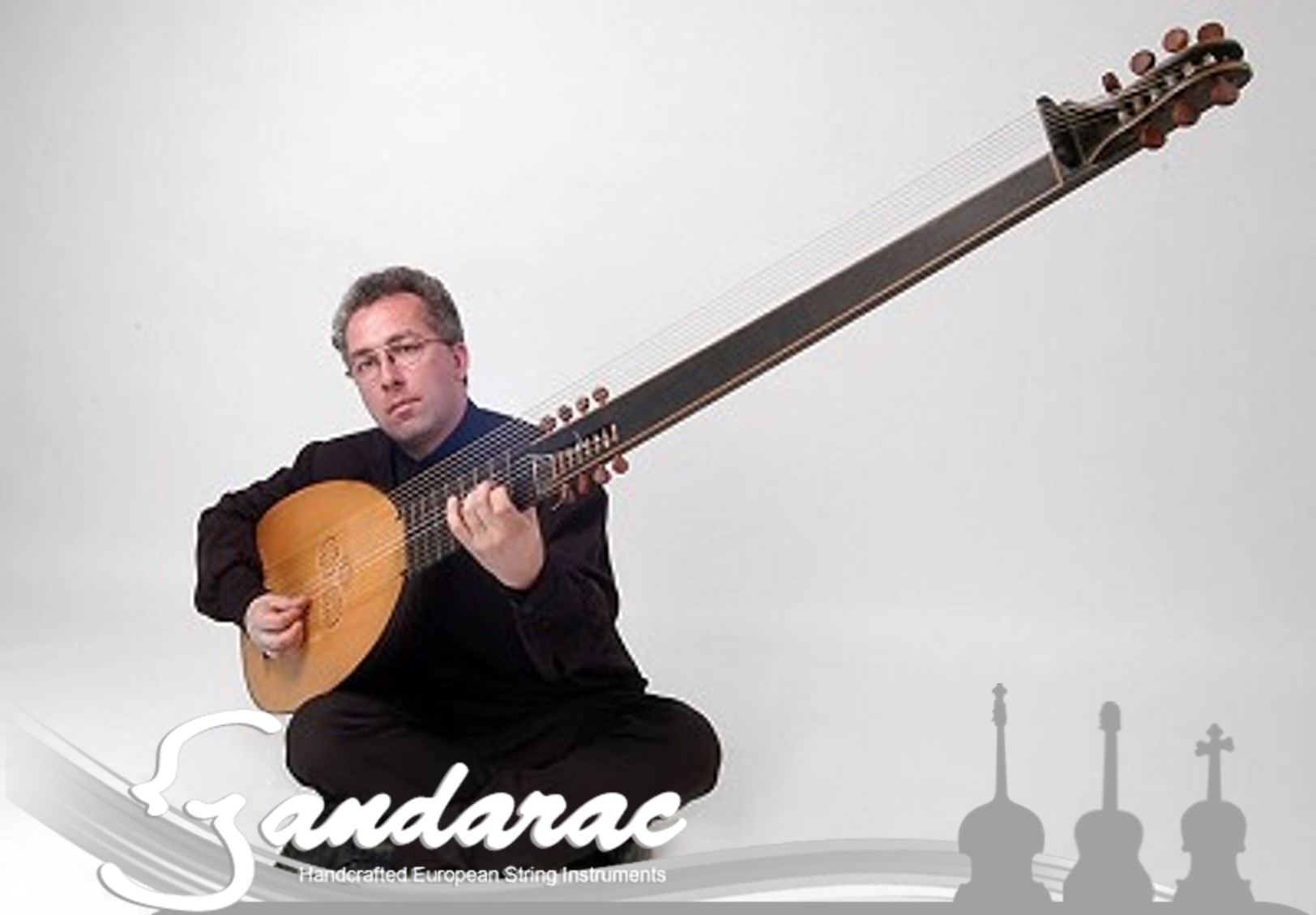