With apologies in advance for the poor quality of some of the pictures, our #ThrowbackThursday ‬ piece for today is about Stimer amps. 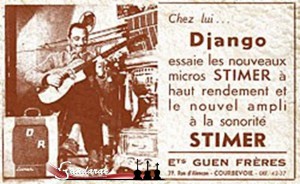 These iconic little amps date back to the 1940s but it is the 50s model that remains the de facto standard for jazz musicians; with it’s cream leather finish and distinctive light brown leather stripe it immediately evokes images of French jazz clubs. 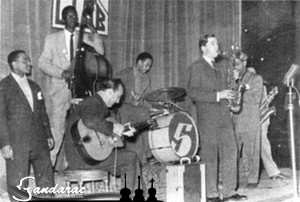 Although vintage ones are few and far between, not to mention very expensive, Maurice Dupont has worked to faithfully recreate the amps from the dinky M6 to the classic M12 as well as adding his own twist with the Dupont Le Jazz. The attention to detail in the recreation extends to getting all the glass valves hand blown locally. The only concession that has been made to modernity is that it now cannot be used with the back on to prevent over heating. 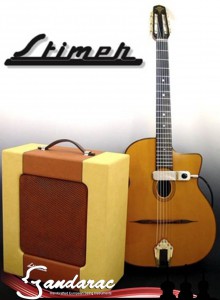 Because these amps tend to get snapped up almost as soon as they come into stock we currently do not have any Stimers in stock, although we do have a Le Jazz. However, we will pick up the ones we have on order when we visit Dupont at the back end of July.

Please note that it is too late to place a build to order guitar for collection during our visit. But, if there is something being made we may be able to reserve it for you. However, you will need to contact us as soon as possible to take advantage of this.

Our #WednesdayWisdom piece today is on caring for a bowed instrument

Although we are best known for our guitars, we also have a range of 100% European traditionally hand-crafted bowed instruments. As with all instruments, the key to keeping them in good condition is to take care of them every time you play them. So here’s six simple things you can do to keep your instrument looking and sounding good.

1. After every time you play be sure to wipe down the strings. Using a soft cloth, wipe all… the rosin that accumulated during your playing. Make sure you get all of it off. 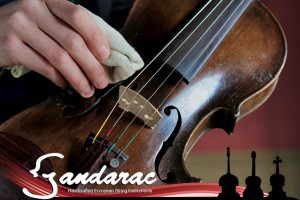 2. In addition to the strings, you should also wipe down the face of the instrument. Using either the same cloth (but a different side) or a fresh clean cloth, wipe down the entire front. Be sure to get around the F-holes.

3. Use a Q-tip or similar to dust the rosin out from under and around the bridge. Be very careful though as the bridge is liable to become crooked and mess up your playing.

4. Don’t forget to wipe the bow too. It keeps the rosin build up from affecting the it.

5. Use a clean, soft, tooth brush to clean the bow hair. Run it in the direction of the bow, never across it, to dislodge excess rosin. It only needs a run in each direction and it should be done gently!

6, Finally you should occasionally (once or twice a year) polish your instrument. However, don’t just reach for the Pledge, you should only use a polish made specifically for instruments. Don’t do it too often, though, as it can damage the strings.

Although not a genre we usually comment upon, we are paying tribute to composer James Horner who died yesterday in a plane crash; he was 61. 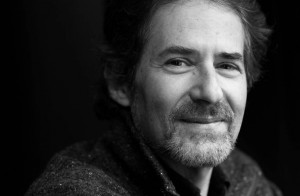 For those not familiar with Horner, he was the Hollywood composer who wrote the Oscar-winning score for Titanic. He worked on three James Cameron films, as well as A Beautiful Mind, Braveheart, Troy, and Apollo 13; and won two Oscars for Titanic – one for the film score and another for its theme song.

James Roy Horner, born August 14 1953, was an American composer, conductor, and orchestrator of film scores.  He was known for the integration of choral and electronic elements in many of his scores and for his frequent use of elements of Celtic music.  Horner was an accomplished concert hall composer before he moved into writing film scores. His first major film score was for the 1979 film The Lady in Red but he did not establish himself as a mainstream composer until he worked on the 1982 film Star Trek II: The Wrath of Khan.  His score for the film Titanic, mentioned above, is on record as currently being the best selling orchestral film soundtrack of all time.