Vernon Alley, born this day in 1915 in Winnemucca Nevada, was an American jazz bassist.  He played football in high school and college. His brother, Eddy Allen, was a drummer and they played together often. Vernon played with Wes People in 1937 and with Saunders King (whose band was interracial) until the end of the decade. He briefly led his own band in 1940. 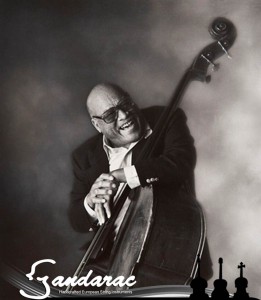 Around 1940, while in Lionel Hampton’s band, Alley switched from double bass to electric upright bass; he was one of the first musicians to do so. In 1942 he moved to Count Basie’s ensemble, where he played only for a few months and appeared in the film Reveille with Beverly.

Alley enlisted in the U.S. Navy as a musician in 1942 and after training at Camp Robert Smalls, he was assigned as part of a 45-piece regimental band to the Navy’s PreFlight School located at St. Mary’s College, in Moraga, California. Others who served in this band included Ernie and Marshal Royal, Jackie Kelso, Wilbert Baranco, Earl Watkins, and Buddy Collette.

After returning to civilian life, Alley put together an ensemble in San Francisco. He continued to play there and was an active member on local radio and in civic arts into the 1990s. He died there in 2004, having become “the most distinguished jazz musician in San Francisco history.”

If you want to recreate Alley’s sound we recommend the Dragonetti-style bass from the Kremona Studios.  Its drop shoulders is perfectly designed for the jazz musician.  Check it out here.  Alternatively, why not check out the perfect electric bass for the travelling musician the Volante from Maurice Dupont.  Unlike a stick bass, the Volante can also be played acoustically and has a tradtional double bass profile on stage.  The bit that everyone loves though is the fact it packs down into a golf caddy sized case and weighs less than 20kg; perfect for even the stingiest of airlines.  Check it out here.

Just a reminder that The Old Dairy is only open by appointment during the Bank Holiday weekend.

Here at Sandarac we fully appreciate the difficulties in travelling with large instruments.  It’s the reason, in fact, that our Volante double bass – made by Maurice Dupont – is so popular (click here to read more). 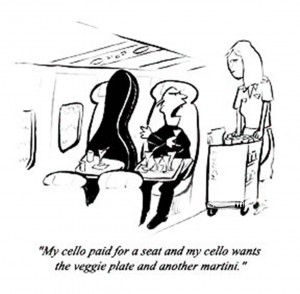