We know it’s a groaner but we just couldn’t resist – enjoy! 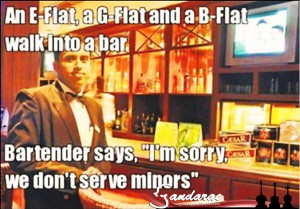 Creach was an American blues violinist probably best known for his time with Jefferson Airplane (1970–1972) and its subsequent reincarnations; Jefferson Starship, Jefferson Starship – The Next Generation. He also played with Hot Tuna, the San Francisco All-Stars (1979–1984), The Dinosaurs (1982–1989), and Steve Taylor. 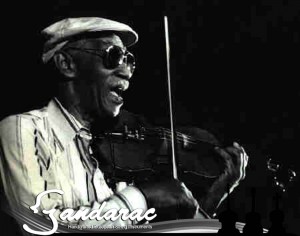 Creach recorded a number of solo albums and was a frequent guest at Grateful Dead and Charlie Daniels Band concerts as well as a regular guest at the early annual Volunteer Jams.

Creach was born in Beaver Falls, Pennsylvania.  He started playing violin, when underaged, in Chicago bars when his family moved there in 1935. Later on, he joined a local cabaret band called the Chocolate Music Bars, and toured the Midwest with them.  He moved to Los Angeles in 1945 where he worked in a variety of jobs; playing in the Chi Chi Club; working on an ocean liner; appearing in several films; as well as performing as a duo with Nina Russell. 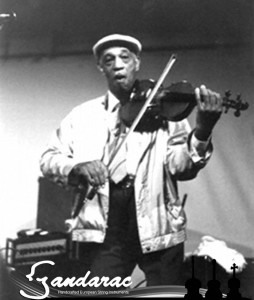 In 1967, Creach made a crucial connection when he befriended drummer Joey Covington.   So when Covington joined Jefferson Airplane in 1970 he introduced Creach to them.  They then invited him to join Hot Tuna.  Although Creach was regarded as a session musician he remained with the band for four years prior to leaving in ’74 to join Jefferson Starship to record on their first album, Dragon Fly. Creach went on to tour with Jefferson Starship and played on the band’s hit album Red Octopus in ’75.  Creach left them the following year to pursue a solo career.  Inspite of this, he played as a guest musician on the spring ’78 Jefferson Starship tour.

A year on from the tour, Creach renewed his working relationship with Covington as a member of the San Franscico All-Stars together with Covington’s Airplane predecessor, Spencer Dryden, as members of The Dinosaurs.  In addition he continued to make occasional guest appearances with Hot Tuna, and was on stage at the Fillmore Auditorium for the legendary 1988 performance when Jack Casady and Jorma Kaukonen of Hot Tuna reunited with Paul Kantner and Grace Slick for the first time after Jefferson Airplane disbanded.

In 1992, he became one of the original members of Jefferson Starship – The Next Generation and performed with them until he succumbed to congestive heart failure on February 22, 1994.  He was 76.

We’re so excited…
We just can’t hide it…

Although we’ve had them for a little while now, we’re announcing the formal June UK&I launch of the latest from Schatten Design Acoustic Pickups  – Banjo and Resonator pickups with a microphone.  You’ve been asking for this for a while and one of the joys of dealing with a smaller company is that they listen and develop with you, the customer, in mind.

We thought we’d give our Blog fans first look at them ahead of the advert, shown in the picture, in June’s edition of Acoustic Magazine. The advert will be easy to find for all you banjo fans as it’ll be with the Magazine’s great editorial piece. So here are the links: Banjo and Resonator